Plaid Cymru and Welsh Labour – what is going on?

Throughout the entire Welsh Assembly election campaign, it was obvious to just about everyone that the best chance of a stable government, assuming no Labour majority, would be some sort of deal between Labour and Plaid Cymru. But there is a world of difference between stable government and good government.

Plaid Cymru have spent much of the last five years, and especially the campaign period, lambasting Welsh Labour, entirely justifiably, for their complacency, lack of imagination and shocking record in areas of key services like health and education.

All this make the shenanigans of the last week hard to fathom.

Plaid Cymru took a calculated risk in standing Leanne against Carwyn last week. It almost led to Leanne becoming the First Minister – which would have been an embarrassing car crash – no way could she form a government – and had Kirsty Williams to thank for saving her from that mishappenstance. As it turned out, Carwyn got his bloody nose, and Plaid Cymru had to deal with the shame of having the full support of both Tories and the devil-incarnate, UKIP, tarnishing their public image before the new Senedd had even got started.

With both these gifts pocketed, Tories and UKIP could now manipulate things further by offers of support to Welsh Labour (with strings attached, of course) and by undermining any need for Welsh Labour to do any bargaining with Plaid Cymru by, as the Tories have done, declaring the intention to abstain in the next First Minister vote and thereby rubber stamping Carwyn RT Jones as First Minister, after a week’s fun and games.

At this point, both Plaid Cymru and Welsh Labour should have realised their proper places and had the maturity to take those roles more seriously going forward. There was no need for any deal at all, let alone a cosying up behind closed doors. Both will claim it was in their best interests, whereas in reality it undermines them both.

Welsh Labour will presumably have been seeking assurances that Plaid Cymru will not continue to pull stunts to undermine the government process. With Kirsty Williams 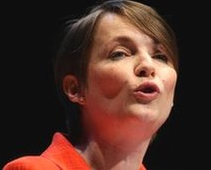 likely to be largely co-operative, and UKIP likely to be absent increasingly often as they get bored with provincial minutiae, I am not sure they really had much to worry about. That was very much their thinking before last weeks stunt. They have now made themselves publicly beholden to Plaid Cymru. Whatever has been agreed, that will be the perception.

Plaid Cymru will presumably have been seeking pledges to give them a few snippets from their manifesto. This will be held up as justification for the farce they have made of the first week of the new Senedd (following on from the Health Bill farce they enacted in the last week of the last Senedd before the election). However, as the lead opposition party against a minority government, I find it hard to imagine that they have been given any concessions from Labour this week that would not have been able to achieve on a case-by-case basis anyway. Wrapping up such concessions in a secretive deal behind closed doors now is going to reap more negatives than positives in terms of positive perceptions of the Party in the eyes of voters next time around. Regular public concessions as time goes by in the Senedd would have a more positive impact. It is the difference between a strong opponent putting in regular telling blows that might eventually lead to knock out, as opposed to a virtual coalition where partners prop each other up because they are both too weak to stand tall and strong.

Will we ever find out exactly what they have agreed? I somehow doubt it as they will probably both feel a bit embarrassed about all the fuss over what I suspect amounts to very little.

And where does all this leave Bridgend’s Green Leftie? Having given up on a largely clueless Green Party, I had been hoping to join a largely ecosocialist Plaid Cymru that might actually be on the verge of achieving major positive things in Wales. Their manifesto was pretty impressive overall. 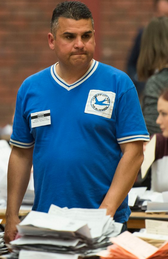 However, they still seem to lack the maturity and guile to convince people that they are fit to govern. I can’t be doing with such nonsense when there is so much pressing work to be getting on with immediately (e.g. Port Talbot steel in particular). Those that know the ‘marmite’ Neil McAvoy, one of PC’s new AMs, will also understand why I expect an increase in petty, immature squabbles going forward.

Many of my ecosocialist friends have been tempted to join the Labour Party in support of Jeremy Corbyn‘s vision of the way forward. I would be sorely tempted by that too, but I am struggling to find any sort of socialist in Welsh Labour (other than Mick Antoniw) and Carwyn RT Jones local branch would be my branch here in Bridgend – and a more Blairite mafia you would struggle to find.

So I guess that leaves me here sniping from the sidelines. I will continue to try of offer constructive opinions to anyone (is there anyone?) prepared to listen, and when I eventually, if ever, see evidence of a Party that actually has a clue about how to put the world to rights, not just on paper, but in practice, then I will sign up and try to do my bit.

In the meantime, although it was pretty immature in itself putting this out as an election broadcast, this Green Party video sums up British politics at the moment pretty well (a Welsh language version featuring Carwyn, Leanne, RT, Hamilton and Kirsty anybody?): 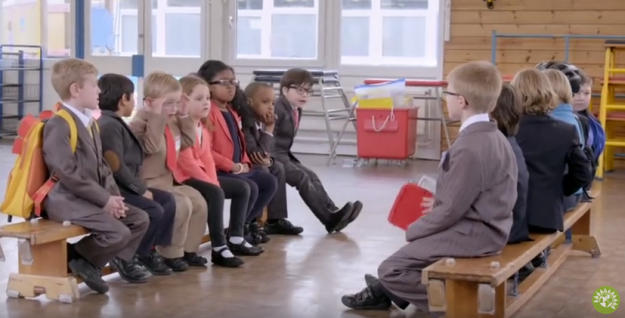 I was wrong about them keeping the details of the deal deal quiet – Plaid Cymru have been keen to brag about what they have achieved. They have summarised it thus:

Looks impressive – but on closer analysis, especially in the context of the Welsh Labour manifesto for these elections,  what exactly have they extracted from Labour that was not likely to happen anyway? The answer is very little.

Looking at the lists above and starting with the left hand column:

To summarise, behind all the spin is only ONE gain that genuinely excites me – regarding legislation to improve services to those on the Autistic spectrum and with additional learning needs. As an educationalist, I fully recognise just how important this is, but it is, sadly, a measure of limited mass appeal across the general public.

There a few gains of dubious and/or uncertain benefit, but at least 8 things listed here that are either in the Labour manifesto or that were going to happen anyway.

And where is anything on fracking? On fossil fuels and climate change? On scrapping the Black Route option for the M4 relief road? Plaid Cymru are supposed to make the Greens irrelevant in Wales, aren’t they?

Thus my overall feelings are not changed. The whole thing has been a convoluted stunt that, when the dust settles, will have achieved very little. Indeed, I still think the negative impacts on public perceptions will prove more costly to both Plaid Cymru and Welsh Labour in the long run. We knew they had areas of common ground already. Cosying up together behind closed doors to do deals does not constitute the robust opposition I expected from PC, despite Leanne Woods trying to say otherwise. The best that can be said of the whole affair is that Welsh Labour may have learned a bit more humility, but that did not necessitate them choosing to kowtow to just one of the opposition parties. That takes humilty into the realms of humiliation.

An inauspicious start to the new Senedd!

Note: The original text and comments can be seen at ‘Bridgend’s Green Leftie – An Ecosocialist Blog’ , here.

From: Uncategorized
← Accountability, Schisms, Momentum
Corbyn’s progress (and why did Caroline Lucas resign from the Stop The War committee?) →
No comments yet